We are not building much new transportation in the US not just because the costs are too high, but because the benefits are too low.
My 2011 post Transportation Costs Too Much made the claim that new projects were too expensive, and listed a series of hypotheses as to why that might be the case. The whole list is collected here.

When we were much younger as a nation, say 1956, and growing fast, with relatively poor connectivity, you could do almost anything and it would have a benefit/cost ratio above 1. Very little of the interstate has been reversed. But the productivity of new investments has declined over time (as shown by Nadiri, M.I. and Mamuneas, T.P. (1996) Contribution of Highway Capital to Industry and National Productivity Growth Federal Highway Administration. Office of Policy Development.)

The first 3 data points on the graph are rates of return from their work, the last is an extrapolation. This is illustrative only,but someone should update their study.

Updated Jan 10, 2012. Matt Logan points me to a study that shows the authors updated their study in 2006 (Mamuneas, T and Nadiri, M.I. (2006) Production, Consumption and the Rates of Return to Highway Infrastructure Capital)

They report net rates of return are as follows (Table 5)

My guess is that the 2000s are significantly lower.

A value of approximately zero returns in recent years is consistent with recent work by Noland and his colleagues. This is what you expect with life-cycle theory, and it applies well to existing modes.
The reason we don’t draw new lines on the map is that the net benefits are not perceived to outweigh the net costs. The costs have risen as land has gotten scarcer and for all the reasons linked above, and the benefits of additional lines drop. Here we explore the second point.

The arguments about benefits apply to mature systems in general, and are modally independent. If a new mode comes about that is better than existing modes for some market, it has lots of room to run while providing benefits in excess of costs. But if the new mode is inferior to existing modes, than it has little in the way of prospects.
What constitutes better or inferior is in the eyes of the customer. Certainly customers care about time and price, but they do also consider quality, and may be willing to sacrifice one for the other. But as experience with zeppelins and cruise ships (and conventional intercity rail in most of the US) show, high comfort at slow speed will not trump low comfort at high speed.
This also has implications for the Preservation vs. Expansion argument (Fix It First). If the old projects had high benefit/cost ratios, and without proper maintenance are at risk of disappearing (either failing catastrophically, or being closed to prevent such an end), it is incumbent to maintain them. In fact, given that land uses and resultant activity patterns that have evolved around transportation networks, the benefit/cost ratio of preserving those links is probably much higher than it was originally, and certainly higher than the B/C of new links.

“It’s common to bundle multiple construction projects into one, either to save money or to take advantage of a charismatic piece of infrastructure that can fund the rest. For example, on-street light rail is frequently bundled with street reconstruction or drainage work, and rail lines can also be bundled with freeway construction in the same corridor (as in Denver) or widening the road they run under (as in New York). Combining different constructions into one project can be a powerful cost saver, as seen in the Denver example and also in Houston.” …

I got interviewed by Rupa Shenoy of Minnesota Public Radio a few weeks ago:

Where’s the logic of construction season?:

“There are those who ask if all of this is necessary. David Levinson, a civil engineering professor at the University of Minnesota who has worked with MnDOT, points out that once a road is closed it is cheaper to perform as many repairs as possible. On the I-94 project, MnDOT did not just increase capacity, it used the opportunity to upgrade the drainage system even though it might not have been at the point where it was absolutely needed.
‘The question is: are our standards too high,’ Levinson said. ‘We demand that lanes be certain widths and we demand that pavements be certain thicknesses and drainage be certain ways — which are really all nice things to have, but are also costly.
‘And the cost is not just the money spent but the delay and people who suffer through the construction process.'” 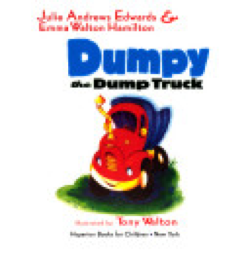 Continuing on our series of anthropomorphic vehicles (Trains and more Trains), Helicopters, Planes, and Boats), and Tom Vanderbilt’s different, artistic link to cars, we have the genre of the construction vehicle.

There is of course Bob the Builder, Jack and The Pack from Sodor, and the new multi-ethnic Chuck and Friends.
Bob started off with stop-motion animation, but that is a lost art form, and new episodes are CGI. Jack and his Pack was aimed to be a Thomas and Friends spin-off when they first showed up in Series 6 (2002), but the company that owned Bob and the company that owned Thomas merged (HiT Entertainment (originally Henson International Television, named for Jim Henson), which owned Bob the Builder, acquired Gullane which owned Thomas), and no need for the in-house competition. HiT was recently acquired by Mattel.
My son had a Chuck dump truck (his grandfather likes to give him dump trucks), and I just found on Netflix that the character has been cartoonified by Hasbro. Hasbro lost the contract to make Bob toys in 2005.

Which is more pure, a toy turned into a cartoon (a la Chuck), or a cartoon turned into toys (a la Thomas (which of course originates as a book))?
See also Dumpy the Dump Truck

Late last year I provoked a bit of a fury with Transportation costs too much and the main follow-up Is transport too expensive?

My coauthors (alphabetically) include John Bedell, Peter Gordon, Michael Iacono, David King, Dick Mudge, Randal O’Toole, Lisa Schweitzer, Stephen Smith, and others who posted anonymously. It goes without saying (which means it doesn’t since I am saying it) that not everyone agrees with everything. At the bottom, I have grouped the causes into larger meta-causes where appropriate.

Transportation takes too long: Slate asks: Should it take decades to build a subway? It’s too easy to slow down urban mass transit improvements. Here’s how to fix the system.

This nicely complements my Transportation costs too much series. This applies to roads and other infrastructure as well as subways. The Americans entered World War II in December of 1941. By August of 1945, three and a half years later, the war was over. While it is easier to destroy than create, think about all that had to be created to destroy so efficiently. The Inter-County Connector recently opened in Maryland. Plans for it dated to the 1950s, and the alignment to the 1960s.

Strib reports on I-94 repairs Driving I-94 from city to city now borderline nuts:

Now, I-94 motorists are discovering that the daily rush-hour between cities is being slowed by as much as 20 to 30 minutes thanks to the $23.9 million resurfacing and repair that runs for about four miles between Cretin Avenue in St. Paul and Nicollet Avenue in Minneapolis.
The work on one of the busiest stretches of Twin Cities highway is expected to last until late fall before resuming again next spring.
…
Magee said the work is part of a plan to upgrade the road following the 2007 I-35W bridge collapse. Weeks after the disaster, a stretch of I-94 was re-striped to add a fourth lane in each direction as part of an emergency measure to cope with the traffic rerouted from 35W. The extra lanes were later made permanent with permission from the Federal Highway Administration, which required the state to complete the upgrades now under way, Magee said.
“Anybody who drives that road knows [the upgrades] needed to be done,” said Kent Barnard, a MnDOT spokesman.

While I realize the scope is larger than what MnDOT did with I-94 after the I-35W Bridge Collapse
(1) That project was done and then undone
(2) It cost only $1,162,000 according to MnDOT 10.23.07
(3) It was done in a couple of weekends
(4) It functioned quite well at the time (i.e. this one lane in each direction reduced congestion about as much as the more expensive replacement I-35W Bridge).
I suspect this is just mostly redoing that project in more expensive way. We found that the 2007 I-94 lane restriping and some additional pavement paid off in a matter of a month. This contrasts with the reconstructed I-35W bridge, which at 3% interest rates paid off in about 23 years.

China’s 60-mile traffic jam could last for weeks
By ANITA CHANG , Associated Press
Last Update: August 24, 2010 – 6:56 AM
BEIJING – A massive traffic jam in north China that stretches for dozens of miles and hit its 10-day mark on Tuesday stems from road construction in Beijing that won’t be finished until the middle of next month, an official said.
Bumper-to-bumper gridlock spanning for 60 miles (100 kilometers) with cars moving little more than a half-mile (one kilometer) a day at one point has improved since this weekend, said Zhang Minghai, director of Zhangjiakou city’s Traffic Management Bureau general office.
But he said he wasn’t sure when the situation along the Beijing-Zhangjiakou highway would return to normal.
The traffic jam started Aug. 14 on a stretch of the Beijing-Zhangjiakou highway. That section has frequently been congested, especially after large coalfields were discovered in Inner Mongolia, Zhang said. Traffic volume has increased 40 percent every year.
Drivers stranded in the gridlock in the Inner Mongolia region and Hebei province, headed toward Beijing, passed the time sleeping, walking around, or playing cards and chess. Local villagers were doing brisk business selling instant noodles, boxed lunches and snacks, weaving between the parked trucks on bicycles.
The highway construction in Beijing that is restricting inbound traffic flow and causing the jam “will not be finished until Sept. 17,” he said.
Authorities were trying to speed up traffic by allowing more trucks to enter Beijing, especially at night, Zhang said. They also asked trucking companies to suspend operations and advised drivers to take alternate routes.
China’s roadways are increasingly overburdened as the number of private vehicles booms along with commercial truck traffic hauling materials like coal and food to cities. Traffic slowdowns because of construction and accidents are common, though a 10-day traffic jam is unusual even in China.

The scarcity stems in large part from the shortage of an obscure chemical compound called methyl methacrylate, one of the key ingredients in roadworthy paint, which must be sturdy, long-lasting and reflective. A major producer of the compound, Dow Construction Chemicals, had production problems this year at a plant in Deer Park, Tex.

I hope this does not set back the plans of FTA … Peter Rogoff, who recently said

Supporters of public transit must be willing to share some simple truths that folks don’t want to hear. One is this — Paint is cheap, rails systems are extremely expensive.
Yes, transit riders often want to go by rail. But it turns out you can entice even diehard rail riders onto a bus, if you call it a “special” bus and just paint it a different color than the rest of the fleet.
Once you’ve got special buses, it turns out that busways are cheap. Take that paint can and paint a designated bus lane on the street system. Throw in signal preemption, and you can move a lot of people at very little cost compared to rail.