There are a few universities in Sydney, the University of Sydney of course, is the most important (revealing my bias), and the University of Technology Sydney (UTS) is nearby, but the University of New South Wales (UNSW) also has a very strong reputation in Civil Engineering and overall, and really isn’t that far away, nothing compared to Berkeley vs. Stanford. Together they can and should make this region a technology powerhouse in the same vein, if not to the same extent, as Silicon Valley or Boston’s Route 128.

The universities are only an hour apart by walk (17 minutes by car on the shortest walking route), but the transit connections are circuitous and nearly 40 minutes. Look at the images. On the top is the relatively direct walking path, just a bit over 5 km. On the bottom is the shortest travel time path by transit, 37 minutes and far out of the way.  Perhaps if we want to encourage interaction, we should make interaction easier. Keep in mind not everyone has a car, especially students, and especially people who commute by train or bus, and taxis are still expensive.

Imagine how much more powerful the region could be if the researchers could more seamlessly interact and students easily cross-enroll and attend classes. Now I realize these are rival institutions established to be competitive, so there are limits to getting along. On the other hand, a more direct bus route seems like a good place to start. 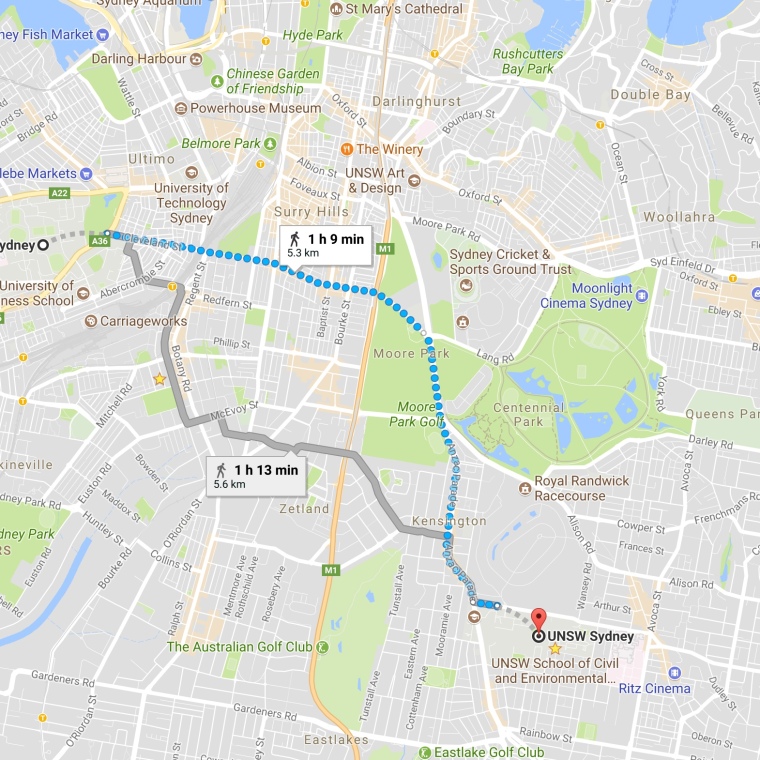 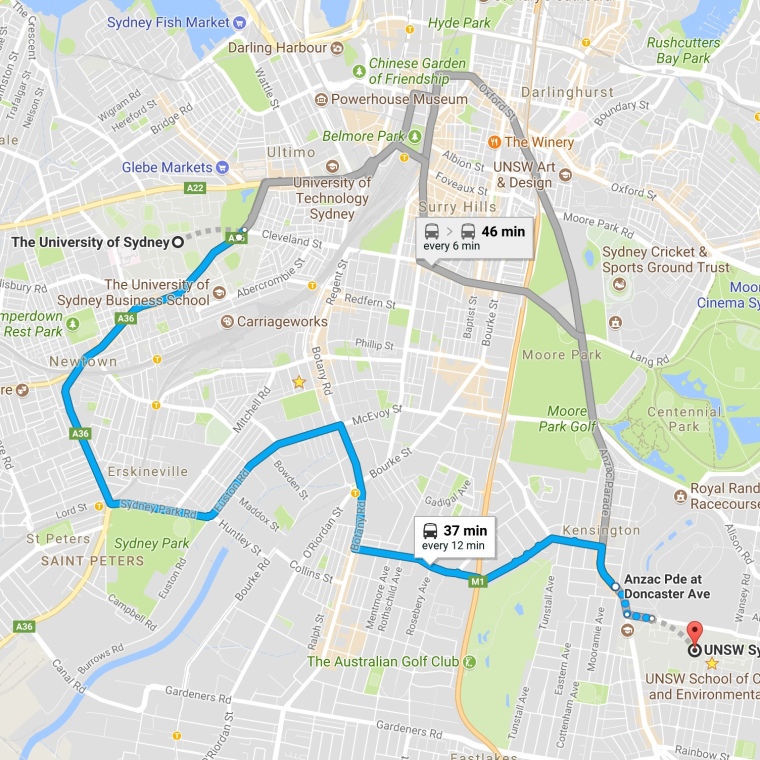