David Montgomery of the Pioneer Press interviewed me for “Minnesota debates ‘value capture’ tax for road projects“. Selections below: 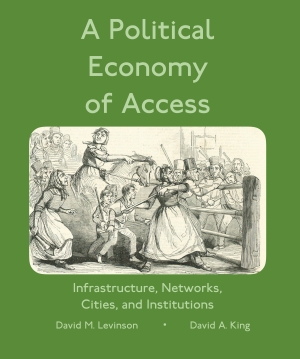 “The people who are getting all of the benefits, or many of the benefits, from the infrastructure are adjacent landowners,” said David Levinson, a professor at the University of Minnesota who has studied value capture.

“The people who pay for the infrastructure are not generally those people. So there’s a mismatch.”

Value capture, he said, “is a way of essentially trying to close the feedback loop so people who are benefitting … help pay for it.”

“Assuming that (a transportation project) is creating more value than it costs to build, there should be enough (from value capture) to build as much as we want, to the point where transportation stops creating value,” Levinson said.

Practically, Levinson said, it’s politics and not economics that limits the revenue from value capture.

Some aspects of value capture, such as TIF districts, have been used extensively in Minnesota. Others are relatively unknown here but have been tried elsewhere in the world, including land value taxes in Pennsylvania, “transportation utility fees” in Oregon and “joint development” in Asia, Levinson said.

Though value capture might please people trying to avoid gas tax hikes, it’s not a free lunch — in the end, someone has to pay for the cost of new roads or rails.

The “best” way to fund transportation projects, Levinson joked, is to “get somebody else to pay for it.” But barring that, he said Minnesota could fund part of its transportation needs by getting beneficiaries to pay.

WHAT IS VALUE CAPTURE?

Value capture is a series of methods of getting people who benefit from transportation projects to pay for them. A 2009 report to the Minnesota Legislature identified eight major different forms:

Sadly the Governor appears not to have read our study.