The earth is approximately a sphere, yet we try to force this round object into a square grid through the use of latitude and longitude and Ordinance Surveys. Why?
The rationale for use of grids depends on scale. We have naturally come to think of the earth rotating on an axis with a prime meridian reflecting that access on the surface, intersecting the axis at the north and south poles, complemented by an equator belting it. The equator has a natural physical meaning, but the prime meridian is arbitrary. Greenwich, England is no more the start of time than any other place. But longitude, if not latitude is arbitrary. The idea of longitude lines running north-south does have convenience in that it tends to align with the magnetic poles, and benefitting navigation. 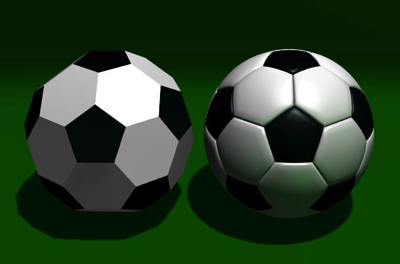 Geodesic domes, developed by Buckminster Fuller (who did not invent soccer, but whose name was given to the Fullerene) enclose spherical areas with a mesh of triangles, forming many hexagons and 12 pentagons.
We could remap the earth using geodesic principles. Fuller did this with his Dymaxion Map. The triangular cut marks do not align with latitude and longitude. However, one should be able to align the triangles with either latitude (the equator) or longitude (a prime meridian), though that might cut land masses, which dilutes the political point Fuller was trying to make. 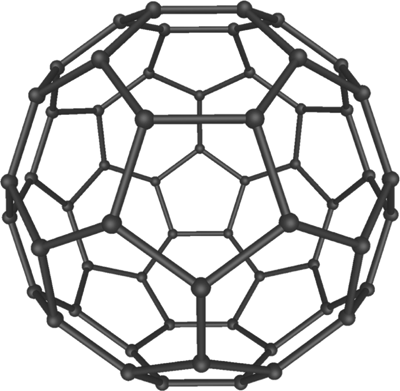 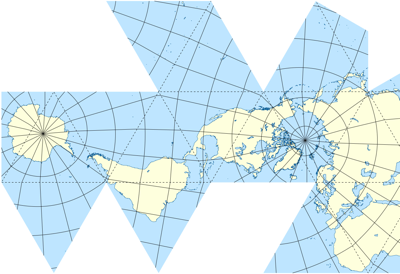 There are many ways to skin the earth, and stretch it out like a tanner stretches leather. The way we present this 3D object in 2D affects how we perceive it. We expect (in western countries) north to be up, and are disoriented when maps are presented otherwise. Yet we don’t expect our environment to clue us in very often, we don’t typically see compass marks in the pavement to show us which direction is north, to help us reorient (meaning turn to the east, oddly we never reoccident and turn to the west).
The map is the user interface to the environment, and we need to give it more consideration. We should also better embed navigation clues into our environment. Some cities post wayfinding systems around, especially near transit stops. Even (especially?) in the age of the almost ubiquitous smart phone, this still seems wise, so people can keep their eyes looking ahead, focused on the real environment, rather than face down in a phone, or staring into an imaginary distance with glasses.

Key items in this article include

In the past year, the JTLU website has had almost 17,000 visits. According to Google Scholar, we have an h-index of 16, 16 articles cited 16 or more times, and a citation rate of 14.2 citations per article (this is up from 8.3 last year, and 3.6 the year before). This is not the equivalent of the (in)famous ISI 2-year impact factor, which has not been computed yet, and awaits inclusion in their database, but may be analogous to a 5-year impact factor. The articles that are published survive a rigorous review process. The Journal’s acceptance rate is just above 30 percent. We are also pleased that we are now indexed by Scopus, an important international abstract and citation database that catalogs qualified peer reviewed journals.

Going forward, JTLU is adopting clearer review criteria.
All articles (including manuscripts, letters, literature reviews, and methods) will be accepted or not on the first round. We are eliminating “revise and resubmit” and “resubmit for re-
view” as categories.

We are eliminating “significance” as a review criterion. Articles should be original, scientifically correct and technically sound, transparent, reproducible and adhere to data sharing standards, and clearly written to be understood. They must also be on the topic of Transport and Land Use (the “and” in our title is a Boolean “and,” denoting intersection, not an “or,” indicating union, we often get submissions which we desk- reject on either Transport or Land Use, but not considering the interaction).

The “minimum publishable unit” is often derided in the academic literature as a paper in which the authors spread results in too many places, pursuing number of publications over quality of paper.
On the other hand, sometimes papers are too long, reciting things that are well known.

After five full years, we are making some significant changes to the Editorial Advisory Board (EAB).