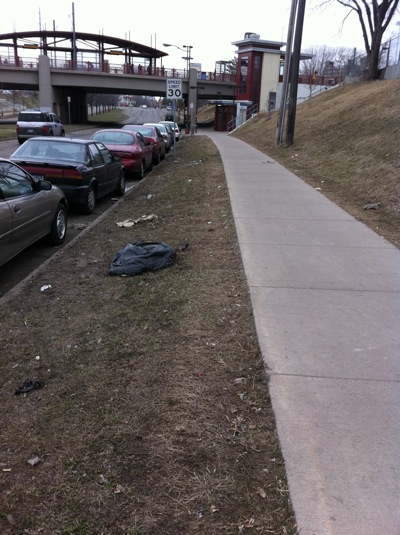 I took my family on the Hiawatha LRT for some cheap entertainment, my son really likes trains and, as far as I know, it is the cheapest train-ride in the Twin Cities except for the free airport people-mover, which is quite brief (And for under-sixes, at free, it is less expensive than any ride at Mall of America or Rosedale, or the train ride at the Transportation Museum). We drove to the nearest station (Franklin Avenue), and parked adjacent to the station (for free). 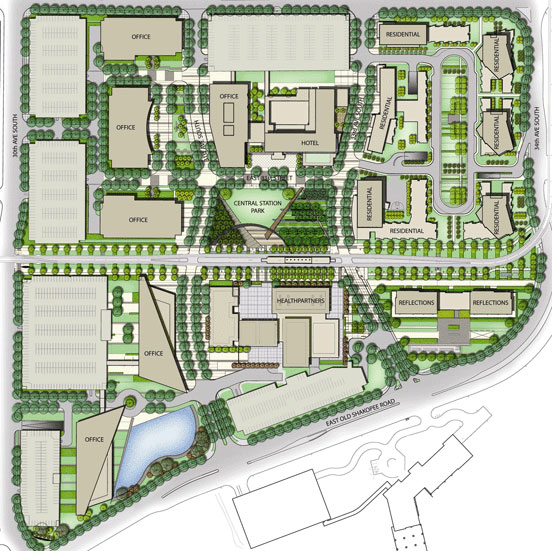 The litter-strewn, ticket-machine-jammed Franklin Avenue LRT station, as my wife said, “just makes you feel poor”. Located in a no-man’s land beside Cedar and Hiawatha, it is not a place one feels safe walking to, especially at night. I realize it is the end of winter, and the accumulated detritus of six months past is just par for the course, but is no one responsible for cleaning up the hill adjacent to the station, or the boulevard along the street? This is the same kind of big investment in capital but “not one penny for maintenance” philosophy that led the buses to decline, and the streetcars before them. At least there was a police car parked next to the station, hopefully deterring violence that is dragging some systems down.

The perception of transit as a failure is succinctly summarized in the the attributed (though not confirmed) Thatcher quote: “Any man who finds himself on a bus over the age of 26 can consider himself a failure in life.”

I had not actually ridden the train past the airport myself, since the airport (or downtown) is my usual end-destination if I am taking the LRT. Since the Number 8 Bus does not run on weekends, the LRT is normally functionally in-accessible for trips like the Mall of America. So I was treated to the LRT of Broken Dreams that is Bloomington. A station every 200 yards, and no business, just grass and asphalt and one park-and-ride ramp. The line has had nearly 7 years to attract development (more if you count construction, when it was obvious a line would be built) and no one has said “this is the place for me”. The activities along the line past the airport seem to all pre-date it. There is of course a nice plan, shown on the right, with lots of tree circles. Given all the hoopla and awards the plan had won, I had thought the developments (or at least some of them) there had actually been built. For now they are just imaginings.

The Bloomington stations, which serve fictional future suburbanites, do look much nicer than Franklin Avenue which serves real city-dwellers. Those are the priorities of our society.

5 thoughts on “It Just Makes You Feel Poor”