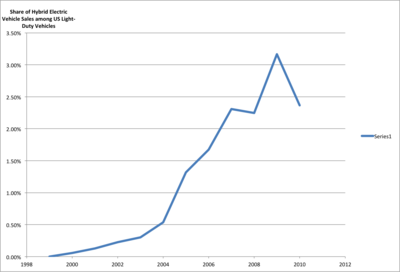 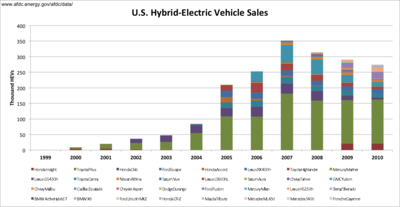 Center for Transit Oriented Development released a study for FTA this month Rails to Real Estate which identifies development that is near new transit lines including Hiawatha in Minneapolis, Southeast Corridor in Denver and Blue Line in Charlotte.
My sense is they are attributing a lot of development to Hiawatha that occurred in downtown Minneapolis more or less independent of Hiawatha. While we cannot strictly speaking run two worlds, one with and one without Hiawatha, the development of real estate in the Mill District or the North Loop e.g. is not really attributable to the LRT. To say the line experienced a “tremendous amount of growth” is really quite misleading. The area experienced some growth, and a line happened to be built during that time.
The authors later admit “While the light rail was not a major factor stimulating development in these two downtowns, improved access to downtown entertainment and cultural amenities were an important factor making nearby station areas newly connected to the downtown attractive places for development.”
If there were depopulation along the line or a loss of jobs in Minneapolis, the authors would not have said “the line” lost population or employment. Correlation is not causation.
The projects along Hiawatha Avenue are more convincing cases, though there are many fewer of them, and some of them involved public subsidy. 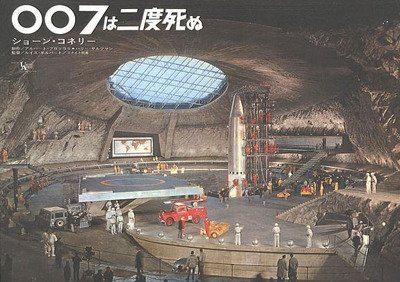 Over spring break, I started watching the James Bond films in chronological order, from the excellent early Connery films, including in my opinion the best of the early films From Russia with Love, through the series nadir with George Lazenby (On Her Majesty’s Secret Service) and the god-awful Diamonds are Forever with Sean Connery just phoning it in. (This was prompted by listening to The Talk Show podcast, which made me feel pop-culturally inadequate for not having seen the oeuvre.)

I have just finished watching Moonraker, putting me half-way through the series. Moonraker was actually the first Bond film I saw in the theater when I was 12 or 13, and I think the first film I went to with friends and without adult supervision.

Though we saw the new Casino Royale a few years ago in London, I had not seen the old Bond films in many years, the last time was at Ken Jennings’s  (gratuitous namedrop) apartment in Utah in the late 1990s, when I am pretty sure we watched Goldfinger and maybe the The Spy Who Loved Me (though I think I fell asleep during that).
From Russia With Love is so far the best because for a variety of reasons. Foremost, it is the most realistic, it requires the least suspension of disbelief. There are no giant spacecraft eating smaller spacecraft. There are no giant ships eating smaller submarines. There are no monorails. The world is not going to get thrust into a global thermo-nuclear war. No one is trying to blackmail the United Nations for One Meelllion Dollars.
What is interesting about the films though in general, if you overcome the silliness in many of the films is the fantastic cinematography, and the focus on the various places 007 travels. Istanbul is beautiful in the movie, and having seen it 32 years afterwards myself, is clearly recognizable as that place. Similarly Dr. No in Kingston, You Only Live Twice in Hong Kong, or even Diamonds are Forever in a relatively young, but already quite formed in its gaudiness Las Vegas.

Goldfinger features, like so many Bond films, female pilots. (The ratio of female pilots in Bond films outweighs their share in the general pilot population). These pilots show up at “Baltimore”, which is filmed on location at Friendship Airport (later BWI). Like the many airport through the series, it is much smaller, and somehow more glamorous, than airports today. We can see the change in aviation by viewing the airport scenes in the early years. Air travel was relatively rare, certainly expensive, and in the end an elite activity.

Goldfinger also features Bond and his sidekick Felix Leiter outside Col. Sanders restaurant somewhere outside Fort Knox. This is well before Kentucky Fried Chicken reached its ubiquity (or even before it was sold at Gino’s in Baltimore). You can see the sprawling highway landscape, some 40 years into the automobile era, but before its ultimate dominance.

The vehicles used in the Bond films tell many stories of transportation. While mostly driving cool vehicles, in Diamonds are Forever Bond uses some sort of All Terrain Vehicle, in The Man with the Golden Gun, he is driving an AMC Hornet stolen from an AMC dealership in Bangkok. (come on, was there really an AMC dealership in Bangkok?), both not cool.

In The Spy Who Loved Me, he rides an early Skidoo, made in Minnesota by Arctic Enterprises, about which the coolness factor perhaps is still in doubt.
Other vehicles, ranging from spacecraft to Triumph’s do better on the coolness scale.
The supervillains always have lairs. Within their enormous lairs (apparently undetected by authorities) there are hundreds or thousands of jump-suited workers (Recruited how? Are they graduates of Supervillain Community College with an Associate’s Degree in Henchmenry? Did Yaphet Kotto give the commencement address?) who transport themselves about on a monorail.

And it is always a monorail: You Only Live Twice, The Spy Who Loved Me, Live and Let Die (This list of James Bond vehicles on wikipedia list is incomplete)
My fantasy James Bond vehicle chase scene is when the villain’s henchman, in London, jumps on the London Eye to escape Bond. As always, Bond must steal the next vehicle. He therefore jumps on the next car. One hour later, they both get off and resume their chase.

Video from SBS on China’s Ghost Cities
The interesting thing is that even in “communist” China, urban population growth is a self-reinforcing belief system system. If people believe that other people/firms will move there, they too will move there. If they believe it will fail, they won’t and it fails. Changing expectations is critical for success. The commitment game is crucial here, and hence there is an important role for urban entrepreneurs or prophets or boosters who sell cities.
Urban construction in China however is lacking a price feedback signal, since it is being funded by the communist government. “It is said there are around 64 million empty apartment in China” clearly these are mislocated with respect to demand.
See also about Ordos

This is news, the state of North Carolina says it is now using benefits and costs to determine what projects should get built. It seems more of a cost-effectiveness ranking system rather than pure monetization, but it has the merits of being transparent in principle.
The Asheville Citizen-Times writes: Asheville’s I-26 Connector project deemed high-cost, low benefit

But, state Board of Transportation member Wanda Proffitt said at a meeting to hear comments on the state’s long-range transportation plan, at least those projects that do get built will be at the top of the list because objective criteria indicate they should be.
The Department of Transportation is now ranking proposed projects according to numerical factors like expected travel time saved, measures of congestion and accident rates.
“What we have done is take the old-time politics out of how we spend transportation dollars. Now we’re doing it based on data and the priorities” of local transportation planning organizations, she said.
Only about 20 people attended the meeting, held to hear comments on DOT’s proposed 2011-20 Transportation Improvement Program.
Half or more of that number were either DOT or local government officials who came to hear what other people had to say at the meeting for people in a seven-county area that includes Buncombe County.

The comments on the article were skeptical.

T4America, a pro-transportation advocacy group, is releasing a new report today on the sorry state of US bridges.
The Fix We’re In For: The State of Our Nation’s Bridges
The Minnesota report is available for download
The results are well known, and worth repeating, many bridges are structurally deficient. The average bridge is over 42 years old. There are insufficient funds being spent on repair/replacement/rehabilitation. Unless something is done, this will only get worse (entropy and all), bridges do not repair themselves.
Fix It First remains the battle cry.

The Star Tribune writes about: Making a rural comeback: The old gravel road
Finally some realism and responsibility about resurfacing rural roads:

With maintenance costs included, engineers have often used a rule of thumb that a road needs 150 to 200 cars a day, or the equivalent in heavy-weight traffic, to be worth paving.
…
To tear up a thinly paved road and add some new gravel, Ridenour said, costs his county about $5,000 a mile. Resurfacing can run about $100,000.
…
“I’d rather have concrete, but it’s just so expensive,” [Tony Monat] said. “And really, why should everybody in the rest of the county help pay for my hard surface road?”